Carol Winkler, D.C. has served on the Board of Directors for the National Board of Chiropractic Examiners (NBCE) from 2018 to present day. She was appointed to the NBCE by the FCLB.

Carol Winkler D.C. is the President of the FCLB. She also runs Nemecek and Winkler Chiropractic P.C. with her husband in Bismarck, North Dakota. 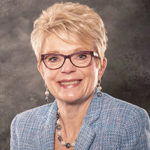