Steven C. Roberts, J.D., LL.M. has served on the Board of Directors for the National Board of Chiropractic Examiners (NBCE) from 2022 to present day. He currently serves as an At-Large Director of the NBCE.

Steven C. Roberts, J.D., LL.M. resides in St. Louis, MO. He was awarded Honorary Doctorate of Laws in 2002, and named Trustee Emeritus in 2014, by Logan University College of Chiropractic. 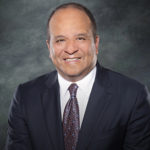