James Buchanan, D.C., M.S. has served on the Board of Directors for the National Board of Chiropractic Examiners (NBCE) from 2022 to present day. He currently serves as District I Director. District I includes: Washington, Oregon, Idaho, Montana, Wyoming, North Dakota, South Dakota, Nebraska, and Alaska. 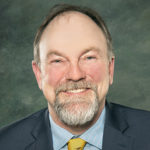